The second update patch for NBA 2K21 is now available for PlayStation 4 and Xbox One. This update fixes many bugs and brings many rectifications, including many changes to the balance of the dribble, which has expanded a lot for players to disrupt the opponent's defense The way, more balanced badges, and shooting, etc. and improvements to the overall game. 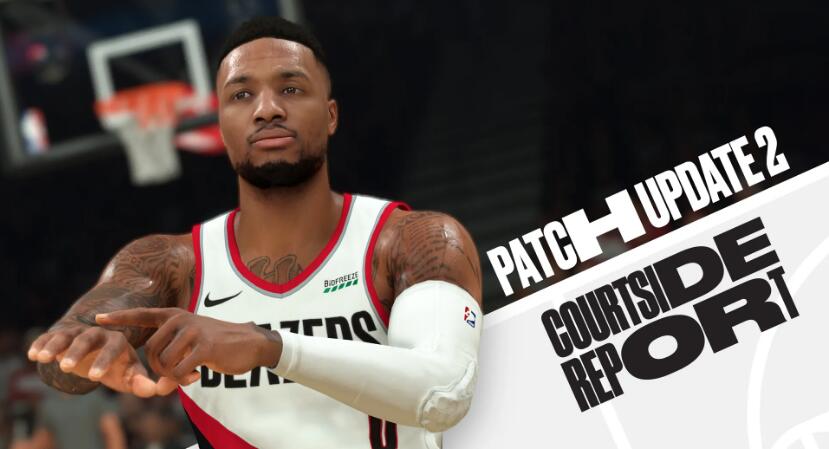 Comprehensive
Due to different settings, the bug that players will be kicked out of the game if they shoot perfect online games has been fixed.
The audio logic of announcers, audiences, halftime and studio performances, sidelines, and select guest commentators have all been improved.
Damian Lillard's player similarity has improved.
The art, brightness, and text readability of the game's various menus have been improved.
The rare bug that caused the game to freeze from friends' invitation from the team application to join the 2K beach block has been fixed.
The minor screen error that would appear when pleated stockings and compression pants are equipped at the same time has been fixed.
The bug that existing tattoos would disappear when applying new tattoos in the block has been fixed.
In the block, when using the navigation menu and the Playa Del 2K (self-created stadium) menu simultaneously, the bug that occasionally caused the game to freeze has been fixed.
The price display error that occasionally appeared in the enhanced kiosk has been fixed.
In the streetball park/basketball center/professional amateur game on the block, the requirement for unlocking expert dribbling moves is reduced to 80.
Street park dribbling action operation is changed to L3 (left stick) to improve dribbling operation stability.
The Switch version game frame rate performance has improved.
The PC version error that the player may be stuck in the expert stick aiming interface of the main menu has been fixed.

Gameplay
According to community feedback, the size of the shot bar has been increased.
The first acceleration after completing certain dribbling moves has been reduced.
The effectiveness of emergency stop jumpers has been reduced.
The bug that caused the computer's tall defender to go against the guard has been fixed.
Increase the ability to trigger ankle terminator and defensive reactions for more moves.
The effect of shooting feedback after completing specific back movements has been improved.
Using the expert rocker to make a green hit shot will have an excellent shot animation.
They are pushing the expert stick before streetball makes aiming easier. This exploitable expert stick shooting bug has been fixed.
The defensive movement has been comprehensively improved, including more sensitive feedback changes, bypassing, and intercepting actions.

Dream team
According to community feedback, the difficulty of single player three threats and online three threats has been adjusted.
A new page has been added behind the player card, listing the player's upgradeable badge.
A bug where the lineup of the Domination Menu's lineup versus cutscenes may cause the game to freeze has been fixed.
The physical mechanism of the falling ball lottery has been improved.

Ultimate League/Legend Manager
The new NBA playoff game table matches the current start of the playoffs.
The bug that the wrong year was displayed in the cutscenes of WNBA playoffs mode has been fixed.
In this update, various issues have been fixed, making the overall experience of NBA 2K21 improved! 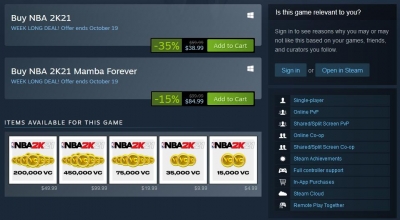 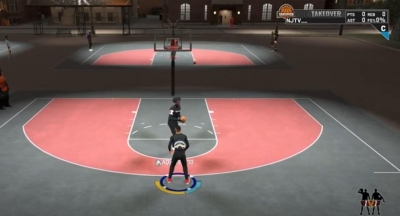